It's light versus dark as the elves go to war in Total War: Warhammer 2's 'TheQueen and the Crone' DLC! New downloadable content means more units to throw against your enemies, and some of these missile and cavalry units are total game changers.

Want to plan your strategy ahead of time for either the Vortex campaign or the Mortal Empires combined campaign? Let's dive into everything new arriving with 'The Queen And The Crone'!

'The Queen and the Crone' Legendary Lords

The Dark Elves get nameless, new Supreme Sorceress Lords to sling spells, while the High Elves get the stealth-focused Lord Alith Ainar to provide an absurd range on bow attacks while invisible. 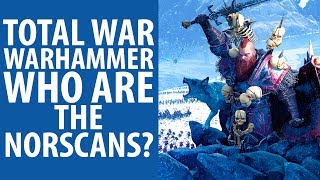 Advance reviewers have taken to calling her Hellabroken Hellebron, and it's hard to argue that point between her armour-piercing ability, bonus versus infantry, and extreme deadliness against a crowd of enemies. Hellebron has low armour, though, so be careful when dealing with enemy Lords.

After completing the quest to get The Cursed Blade, she basically nukes any unit that is currently losing in combat. If the enemy is failing, they automatically take damage from this special weapon ability.

What this means is that if you keep her other abilities active so she has the upper hand in combat, Hellebron will always be dealing constant damage to the enemies around her, causing a whirlwind of destruction.

Less immediately useful than Hellebron, Alarielle is the classic spellcaster unit with healing abilities and plenty of mount options (which you will want to use because she goes down easily in combat on her own).

She can further unlock an ability to make nearby units immune to some effects and give them magic attacks to overcome physical resistance, making her a good support Lord against tough enemies.

During the campaign, Alarielle gets big bonuses while the High Elves’ territory remains free of enemy occupation. If an enemy successfully invades the homeland, however, these turn into big penalties. 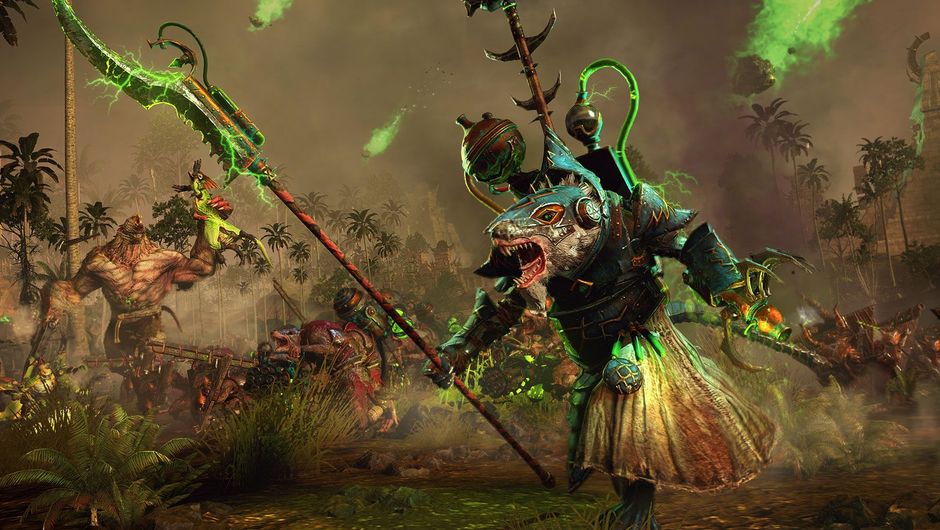 'The Queen and the Crone' New Units

A variety of standard melee and missile units, in addition to Regiments of Renown and new full-blown Hero units, all get added to the Total War: Warhammer II unit roster with this DLC.

Total War Warhammer 2 How To Get Regiments Of Renown Dlc

These cool, new infantry are meant to hold enemy units in place so they can't reposition.

Shock cavalry with spell abilities. The Warlocks have high psychical resistance and come with the Soul Blight and Lesser Doom Bolt spells.

These are the upgraded version of Doomfire Warlocks, with additional leadership and bonus melee attack defense stats. They replace the Doomfire Warlock spells with Word of Pain and Soul Stealer instead.

The Manticore finally gives the Dark Elves a proper aerial harassing unit. While it's hard to control, it can wreak havoc on enemy units with Terror.

These airborne cavalry with repeater crossbows allow for more movement and give the Dark Elves some additional air support possibilities.

The Hellebronni are upgraded Dreadspears from the base game, good for holding flanks against charges while utilizing a poison attack.

Sisters of the Singing Doom

These are upgraded Witch Elves with higher leadership and melee attack stats, but they can also cause fear to route enemy infantry.

Blades of the Blood Queen

These upgraded Executioners can go into frenzy and also provide physical resistance to Lords or Heroes within range of their aura, so you want to keep these within range of Hellebron on the battlefield.

The upgraded version of Darkshards come with shields and the ability to take out shielded enemy units more easily.

Knights of the Ebon Claw

This is the upgraded War Hydra unit, with a major difference in that its frost abilities slow down enemy units, letting you interfere with cavalry or prevent routed enemies from fleeing.

Handmaiden of the Everqueen

The Handmaiden is a new Hero unit that can serve either as a ranged missile combatant or be placed on a steed to go toe-to-toe against large creatures in melee battle.

This brand-new ranged is all about the surprise attacks, firing off arrows while hidden.

Upgraded versions of the Shadow Warriors, The Grey arrive with even better sneaking and ambushing abilities.

With fire and magical damage that also pierce armour at range, the Sisters of Avelorn can become your go-to ranged unit for a High Elves army.

These are the upgraded Sisters of Avelorn with better stats and the ability to encourage nearby units so they don't flee battle.

As upgraded Spearmen that provide damage resistance to nearby allies, you probably want these on the front lines between other types of melee units.

The Puremane are upgraded White Lions of Chrace that provide damage resistance to Lords and Heroes, making them bodyguards for your squishy spellcasters.

Keepers Of The Flame

As the ultimate kamikaze fighters, these upgraded Phoenix Guards utilize magical attacks and also explode to deal damage to enemies when they die!

The upgraded Lothern Sea Guard units lose their shields but can launch ranged attacks while moving and cause fear while in melee combat.

Heralds of the Wind

The Heralds are upgraded Ellyrian Reavers with bows who get big boosts to speed and missile damage.

Finally, this is the upgraded Dragon Prince unit with flaming melee attacks that can better deal with large enemy units. For pure shock cavalry damage, you can't get much better than this.

There are no shortage of units about to arrive in the game, as the Norsca faction from the original Total War: Warhammer will also soon be added to the Mortal Empires campaign, and a brand-new Tomb Kings unit will be officially announced the day 'The Queen And the Crone' DLC lands.

While waiting on the new expansion and all those killer extra units, be sure to check out our Warhammer 2 guides hereand let us know which unit you are most excited about bringing to the battlefield! Readability grayed out in microsoft word for mac.

The 30th Creative Assembly anniversary gift trailed the other day is free DLC featuring 30 Regiments of Renown for Total War: Warhammer. It’ll come out alongside the (paid, unless you pre-ordered Warhammer 2) Norsca DLC on 10 August.

Those 30 Regiments will be spread across the five factions who don’t currently have any: Beastmen, Wood Elves, Chaos, Bretonnia, and the upcoming Norsca. They get six apiece. Of course, that means you’ll have to actually own the DLC factions to use them; but at the very least you’ll be able to play with Bretonnia’s, since they’re a free faction themselves.

In a change to prior free DLC policy, you’ll need to be a member of the (also free, besides handing over some email details) Total War Access system. Keys will be handed out through that and redeemable on Steam.

The video (below) goes over a few of the incoming Regiments of Renown, and the FAQ has a little summary for all of them. There’s some good stuff in there, like Sigvald’s Mirror Guard.

It’s possible that more additions may be coming when Norsca releases on 10 August. Creative Assembly have already confirmed that Krell will receive a proper skill tree on that date, so there could be a couple more surprises to come.