Divide and Conquer is the biggest Third Age: Total War submod of all time. It contains many new factions, units, scripts, 2d artwork and more! DaC has been an ongoing project for 9 years now but the current modding team is the longest running team in its history.

Third Age: Total War is a full-conversion modification of Medieval II: Total War: Kingdoms. It is designed to be a faithful rendition of J. R. R. Tolkien's Middle-earth, set around the time of The Lord of the Rings. The main campaign lasts from the year 2980 TA until the end of the Third Age. The game is currently on version 3.2 and is one of the most popular mods of Medieval II. There are over 125 settlements, including more than 25 custom settlements based on Tolkien’s descriptions. So, not only do they look distinct on the campaign map, they offer interesting environments and present unique challenges when engaging in battle in them.

It can currently be found here.

Of course, there are many sub-mods for Third Age, with two of the most notable being the campaign-focused Divide and Conquer and the multiplayer-focused Third Age: Reforged. 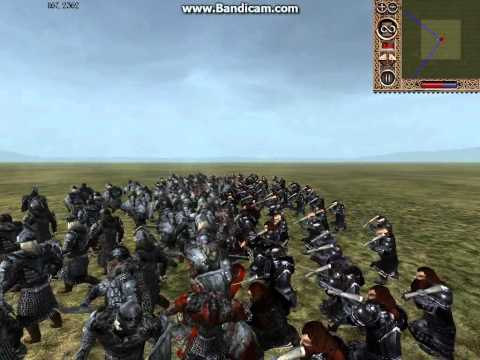 Divide and Conquer is the biggest Third Age total War submod of all time. We have recently released DaC V2.0 (on March 3rd, 2018) which has been in development for a full year. DaC V2.0 has a lot of new features and content from all aspects of the game such as new units, new campaign strategy map models, new scripts, new battlemaps, and much. We hope you all enjoy DaC V2.0!