As the name suggests, the album is exclusively composed of duets of Russo and another artist. Some duets did truly happen, but not all were previously released; others were created by combining Russo's recordings with other singers' recordings.[5][3][8][9]

The album was conceived by journalist and producer Marcelo Fróes (with permission from Russo's family)[6][5][3][7][8][9][2][10] and it was done mainly with tapes from Russo's first two albums, The Stonewall Celebration Concert and Equilíbrio Distante. 'Vento no Litoral' and 'Celeste', which would later become 'Soul Parsifal', are the only ones from the repertoire of Legião Urbana, the band in which Russo sang and played. Some parts were also recorded during the band's V album sessions. A total of 25 tapes were used. The musicians who recorded their parts especially for the album (Caetano Veloso, Célia Porto (who released a Renato Russo cover album on the following year of his death[11]), Fernanda Takai, Laura Pausini and Leila Pinheiro) did so in November 2009.

The artists were selected based on some 'affection relationship' with Russo. All of them were contacted to negotiate the duets, except for Cássia Eller and Dorival Caymmi, who were already dead and were represented by their families.[9]

Marcelo Fróes said I couldn't miss it because it was publicly known that Renato [Russo] was a Pato [Fu] fan. [..] Honestly, I had some reservations about these things done posthumously. But Froés said his voice had quality and we could build a new arrangement. [..] I went to studio and tried to be light in this moment. I pretended he was alive and recorded it based on good memories, on the conversations we had about our spiritualties.. I obeyed the tone and registered parts that weren't good for my voice doing backing vocals for him. I thought the result was natural.

Fernanda Takai about her performance on 'Like a Lover'[12]

The first track, 'Like a Lover', a duet with Fernanda Takai (Pato Fu), was released as a single and is an English-language version of 'O Cantador' (The Singer), a song by Sérgio Mendes composed by Dori Caymmi and Nelson Motta.[3][2][13][14] Russo's parts were recorded during the Equilíbrio Distante sessions[9][10] (another source says it was during the The Stonewall Celebration Concert sessions[13]). He effectively sings some parts but only hums others - it was on these sections that Takai's voice was added.[10]

Fróes convinced Takai to enter the project after mentioning how much of a fan Russo was of Pato Fu. The singer met Russo along with the other band members after a Legião Urbana show in Belo Horizonte in 1994. Russo gave her his phone number but, out of shyness, she only called him two years later, when the singer was already weakened from AIDS.[15] 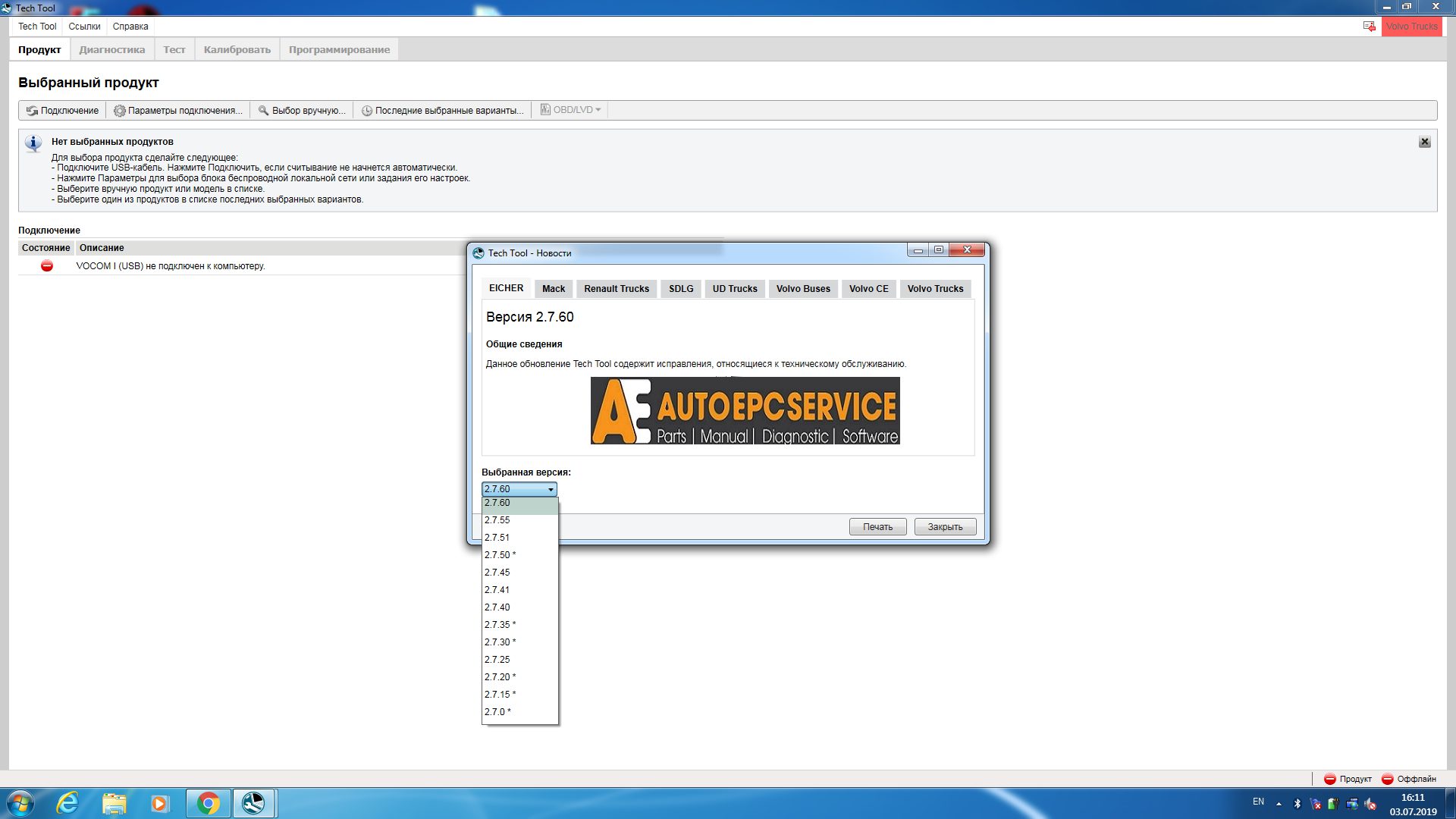 'Celeste' was recorded in 1993 during pre-production of the album Verde, Anil, Amarelo, Cor-de-Rosa e Carvão, by Marisa Monte,[10][5][12] and during a break from the The Stonewall Celebration Concert sessions.[16] The recording was kept on a DAT tape until Monte looked for Carlos Trilha (keyboardist and Russo's solo albums producer) to try and finish the song according to what they both wanted by the time of its recording.[9][17] She took the initiative after Fróes contacted her about the duet, which she accepted on the condition that the original recording was used instead of a new version recorded by her.[17]

The recovery work was long and difficult,[16][10][12] being finished only after three months (another source says it took 30 days[17]). The final version involved musicians such as Fred Nascimento (guitar), Gian Fabra (bass) and Cesinha (drums), among others.[12] Monte used her own voice to outline a string arrangement that was later written by violinist Pedro Mibielli, who performed it along with cellist Hugo Pilger. Monte kept her original vocals, but she added backing vocals on the new version,[17] which features a section of the original recording in the end.[12]

'Celeste' was released under another name ('Soul Parsifal') and more negative lyrics[17] in 1996 on the Legião Urbana album A Tempestade ou O Livro dos Dias,[5][9][16][12] the last one released in Russo's lifetime.[17] Both tracks were released as two different phonograms by EMI Music Publishing.[18]

'Vento no Litoral' is one of the manufactured duets. A 1991 Russo recording and a 1999 Cássia Eller recording were used with an instrumental produced by Clemente Magalhães.[5] Eller's voice was recorded in a Renato Russo tribute show that took place on December 15 at the Metropolitan.[11] She was no longer alive either when the duet came out.[14]

Caetano Veloso went to studio to record his part for 'Change Partners' (also produced by Magalhães[10]) while Laura Pausini received a file with Russo's voice via internet and, after two days, she returned the material with her contributions.[9]

'Esquadros' and 'Só Louco' (respectively co-sung by Adriana Calcanhotto and Dorival Caymmi; Russo was a big fan of the latter[18])) were extracted from a television program by José Maurício Machline titled Por Acaso[5][9][18] and aired in 1994.[18] The program also featured a second duet with Calcanhotto, 'Agora Só Falta Você', but it wasn't used on the album.[18]

Some songs had already been released on solo albums by Russo or on albums by other artists. 'Mais Uma Vez', 'A Carta', 'A Cruz e a Espada', 'Cathedral Song / Catedral' and 'Summertime' were featured on Presente[18] and also in albums by some of the involved artists. 'Nada Por Mim' is from the album Legião Urbana e Paralamas Juntos.[9][18]

Equilibrio Distante (English: Distant Balance) is the second solo album by Brazilian singer Renato Russo (and the last released before his death), released in December 1995.[3] It consists of covers of Italian songs originally released by musicians from that country. The album came after a troubled period for Russo, who was struggling with depression at that time, and its recording took nine months.[4] It sold 200 thousand copies little after its release.[5]

Russo mentioned the project for the first time to keyboardist Carlos Trilha (who toured with his main band, Legião Urbana, and who had participated in his solo debut, The Stonewall Celebration Concert) after a Legião's show at Metropolitan, in Rio de Janeiro.[6]

Following a suggestion by label EMI-Odeon, Russo traveled to Italy to deepen his researches for the album. Initially, he was reluctant because he feared being mistaken for a terrorist due to his looks - indeed, he was randomly picked for a search at Milan's Airport.[7]

He ended up accepting the proposal after he had the opportunity to invite Gilda Mattoso to come long. Mattoso had been a press agent for labels Ariola Discos and PolyGram and in 1989 she had opened an office with her business partner Marcus Vinícius in order to do PR to artists such as Gilberto Gil, Cazuza, Caetano Veloso, Elba Ramalho, among others. Previously, she had lived and studied in Italy, helping producer Franco Fontana take Brazilian artists to the country. She eventually married one of them - Vinicius de Moraes.[8]

In the comuna of Sesto ed Uniti, Russo learned his ancestors were peasants, and not noble people as he believed. He was less disturbed, however, after he was informed that it was there that the Stradivarius violins were created.[7] The trip, which consisted in four nights in Milan and another four in Rome,[3] resulted in visits to Italian musicians and a big quantity of acquired albums[9] - over 200. He also took the chance to obtain some necessary documents from his great-grandparents Maria and Piero in order to acquire Italian citizenship[7] for him and his son.[3]

The chosen repertoire, according to Italians Russo approached during his researches, does not represent Italy. On the other hand, names such as Laura Pausini gained some popularity in Brazil after being revealed on the album.[6]

The album's recording was done by computer and then transferred to magnetic tapes, since the arrangements involved more instruments and the channels at that time were limited.[5]

Besides, Trilha recalls having to deal with the unpredictability of Russo, never being able to predict whether he would like something or not.[10] The vocals became another problem: not used to that kind of music (compared to his work with Legião Urbana), Russo disliked the first recording, abandoned the studio for some time and cancelled sessions. He was also lacking confidence due to the accent he believed he had. In order to work his way around it, he took private Italian lessons.[11]

By the time of the album's release, however, Russo said in an interview with International Magazine that 'their [Italians] singing style is very similar to mine' and that their thematic was similar to that of Legião Urbana, 'which is that thing of speaking about ethics, love songs that have a social background.. Always that thing of the subject confused with the world, trying to solve the matters of the world'.[11]

'Passerà' was one of the first songs Russo showed Trilha. About it, the keyboardist commented:[12]

[..] it's a song that required a lot of work. I hated this song afterwards, because it's got a weird harmony. [..] The shorter way between two points is not a straight line, but eight notes. The Italians have this school of making the harmony more sophisticated and use modulation. On the keyboard, in order to prepare an arrangement, when there's modulation, everything changes. It required a lot of work.

Many other songs were recorded (a total of 21 were conceived for the album[13]), however, they didn't have their arrangements ready and were cut from the final track list. They were later finished and released on O Último Solo, his first posthumous solo album.[14]

Equilíbrio Distante came out in December 1995, a month before Russo had to return to the studio to commence work on those which would be the last Legião Urbana albums.[3]

The album cover features drawings by Giuliano Manfredini, Russo's son, in textured paper.[11] They depict the Sugar Loaf, the Maracanã Stadium, the Colosseum and the Tower of Pisa (spelled Tower of 'Pizza').

The booklet came shaped as a small book per Russo's idea, containing initial letters inspired by 19th century typography. It also had pictures of Russo's ancestors and pictures resulted from his research. The artistic director Egeu Laus said that was the first time a Brazilian album featured such a graphic project. Only one printing company in Rio de Janeiro had the necessary equipment to print that booklet.[11]

In a brief review, Folha de S.Paulo said the album 'fails to repeat the delicate lyricism of The Stonewall Celebration Concert' and defines it as 'tacky', listing as possible reasons 'the language, the mellow arrangements and the repertoire choice'.[15] 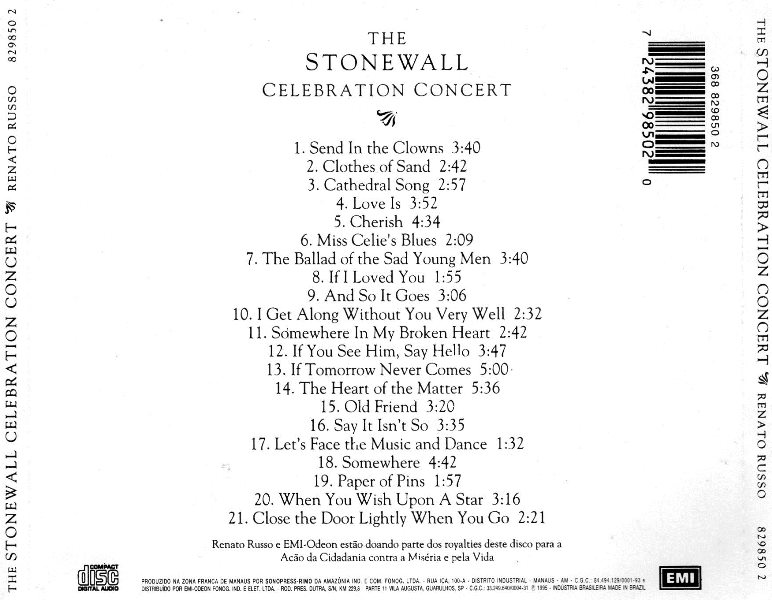