The F23 is a five-speed manual transmission manufactured by Getrag in Italy. It is designed for transverse engine applications, primarily by General Motors. Market, General Motors uses the F23 in two versions (with several application variations): the M86/M94 and MG3.

The Cavalier first went on sale in early 1981 as a 1982 model with front-wheel-drive, a choice of two carbureted four-cylinder pushrod engines, and 2 and 4-door sedan, hatchback, and station wagon body styles. Convertibles were added in 1983, initial production totaling less than 1000.

The Cavalier was largely identical to the Pontiac Sunbird. Before the Pontiac brand was officially introduced in Mexico in 1992, Cavaliers sold there featured Sunbird body panels, as opposed to US-spec Cavalier panels. From 1993 on, the sibling marques were both offered, much in the same way as in the United States.

The Cavalier was restyled in 1988. The two door hatchback was dropped, while the coupe, sedan, wagon and convertible carried over. The sedan and wagon were unchanged from the doors back, while the coupe's exterior was completely redesigned. This resulted in different trunk designs for the coupe and sedan. Three trim levels were available in 1988: VL, RS, and Z24. The convertible was only available as a Z24. The VL and RS came standard with the 2.0 L L4 engine, now upgraded to throttle-body injection, or TBI, producing 90 hp (67 kW), while the 2.8 L V6 producing 125 hp (93 kW) was optional on the RS and standard on the Z24.[1] With all trims, 5-speed manual transmission was standard, and a 3-speed automatic was optional, however the vast majority of sedans and wagons had a 3-speed automatic. An electronic dashboard was available with the RS and Z24 trims.

In 1989, the steering column was redesigned to be adjustable, as well as the addition of 3-point seat belts for the rear outboard seats. The optional V6 was retooled to 130 hp.[2]

The Cavalier got a more extensive restyling in 1991 that involved a new hood, bumpers, headlights, taillights, wheel covers and a redesigned interior, however with the body style remaining unchanged. Most notably, the cooling system was redesigned to draw air from the bumper, giving it a Ford Taurus-style bumper and grille-less nose. The new bumpers were unpainted, with the option to have them colored grey, black or white; the latter only available on white-colored models. The Z24 eschewed this for a color keyed body kit. Z24 models also gained the options for a height adjustable driver's seat and a CD player. The platform and trim lines were carried over, while the convertible was brought back mid-year in the RS trim only with the V6 standard.[4]

In 1992, the 2.2 L standard engine adopted multi-point fuel injection, or MPFI to improve output to 110 horsepower (82 kW), however unlike the SFI version of the 2.2L in the Chevrolet Corsica.[5] The convertible was now available in both RS and Z24 trims, with the V6 standard in the Z24 and optional with the RS. Antilock brakes were added as a standard feature, as Delco Moraine had managed to develop a low-cost system. Power locks were also standard, and were designed to automatically lock when the car is shifted out of park, or if the car is traveling at least 8 miles per hour in manual transmission equipped models.

1994 models were also carryovers, as a new model of Cavalier was in development. The VL trim was dropped on the wagon, while the 2.2 L OHV L4 was now the SFI version borrowed from the Corsica, which delivered an output of 120 horsepower.[7] Additional changes included a slightly redesigned climate control interface and the power locking system being again redesigned: the doors would still lock automatically when put into gear, but they would also unlock automatically when the ignition was switched off. 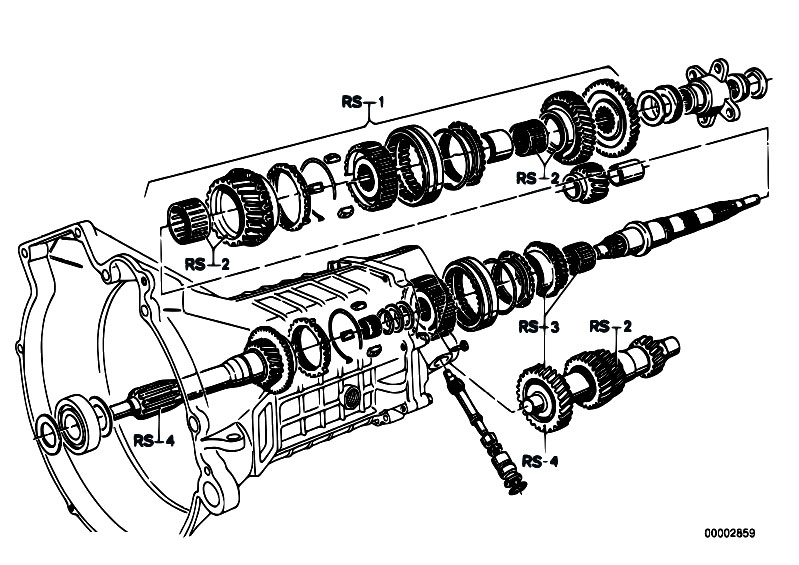 The Cavalier received its first total redesign in 1995, with expanded dimensions and more modern styling, taking minor design cues from the 4th Generation Chevrolet Camaro. Some of the basic styling cues remained however, such as the coupes' dipped beltline, and the black bumpers on some Base model cars. Coupe, sedan, and convertible options were offered, however the wagon model was replaced by an LS Sedan for the third generation. All available engines were four-cylinder. The option for a V6 engine, which had been available in the first and second generation, was replaced by a new 4-Cylinder of similar power outputs. Gif brewery 3.9.1 free for mac.

Base and RS models still retained the 2.2L Pushrod L4, however the Cavalier Z24 received a new engine in 1996, the 2.4 liter DOHC LD9, the first DOHC engine ever used in a Cavalier. This engine produced 150 hp (112 kW) and 155 lb·ft (210 N·m) of torque and was used until 2002. In 2000, the car gained a minor facelift, lost the 'CHEVROLET' text badge at the trunklid and gained a new 'CAVALIER' badge along with new 'five spoke' hubcaps. The 2.4L engine came mated standard with the Getrag F23 5-speed manual transmission on the Z24 models, or with the optional 4-Speed automatic on both the Z24 and the LS Models. The Z24 only came in 2-door coupe models until 2000 and featured a sport-tuned suspension, 16-inch tires, alloy wheels and improved interior electronics. Aesthetically little changed from the other models other than a ground effects kit and taller rear spoiler. In 2000 a 4-door Z24 Sedan debuted, featuring the same mechanics but having a less sporty body. The Z24 trim also received several other upgrades including a wider front sway bar and FE2 Sports Suspension for better handling characteristics, and less aggressive ABS anti-lock braking system. In 2001, the 3-speed automatic was dropped from the base models equipped with the 2.2L, and the 4-speed Automatic became standard. In 2003 the 2.2L OHV L4 was dropped from the entire Cavalier line, and the Cavalier Z24 was dropped and replaced by the LS Sport line, which featured the new Ecotec L61 motors (140 hp (104 kW) and 150 lb·ft (200 N·m) torque). These engines improved fuel economy, featuring the same displacement as the GM 122 Pushrod Engine (2.2L OHV), while maintaining most of the power of the older LD9 motors. The new Ecotec motors remained in the entire Cavalier line-up up until 2005 when the Chevrolet Cavalier was replaced by the Chevrolet Cobalt.

As part of a wider effort to avoid additional restrictions on exports to the US, the third generation model was briefly sold in Japan by Toyota under an agreement with GM, badged as the Toyota Cavalier as in return for the Geo/Chevrolet Prizm. Aside from the fact that it was right hand drive, the Toyota Cavalier also featured a leather-wrapped shift knob, steering wheel and park brake lever, wider front fenders,amberturn signals for Japanese regulations, power folding side mirrors, side turn signal repeater lights on the front fenders, and carpeting on the inside of the trunk lid. Interior seats were often flecked with color, and the rear seat had a fold-down armrest. Vehicles produced between February through December 1998 were available with a leather interior equipped with an automatic transmission only. All models featured wheels borrowed from the Pontiac Sunfire. The Toyota Cavalier was available in 2.4G and 2.4Z trim levels. While all Chevrolet-badged Cavaliers received a facelift for 2000, the Toyota did as well with the updated center console, head-lights/hood/front bumper, tail-lights, and colors available. TRD made a body kit and rear wing for the Cavalier, available exclusively in Japan. The car was sold only at Toyota Shop Japanese dealerships.

The Cavalier wasn't the only GM product sold in Japan; the Saturn S-series was sold in right hand drive conversions at Saturn dealerships (some former Isuzu dealerships) from 1996 until 2003, and someToyota Vista Shops also retailed Saturns.

The Toyota Cavalier was entirely produced by GM in the USA and sold from 1995–2000. 1996-2000 Toyota Cavaliers came equipped with the 2.4 L LD9 engine, while the 1995 used the 2.3 L Quad 4. Due to the engine displacement and width dimensions (1,740 mm (69 in) for the coupe, 1,735 mm (68 in) for the sedan ) exceeding Japanese government regulations concerning exterior dimensions and maximum engine displacement, it was not considered a 'compact' and incurred an additional annual tax, which had an effect on sales. Prices for the coupe started at ¥ 2 million yen for the coupe, and ¥ 1,81 million yen for the sedan.

Due to higher than typically average Motor-vehicle inspection (Japan) costs, a fair number of these vehicles are re-exported as Japanese used cars, most notably to Australia and New Zealand. Production of the Toyota Cavalier ceased in June 2000. Despite the fact that Toyota made great attempts to market the Cavalier to Japanese buyers, the Japanese public was not impressed with the quality of workmanship, typically expected of cars sold in Japan.[8] The car was also introduced while economic conditions in Japan were beginning to decline as a result of the collapse of the Japanese asset price bubble or 'bubble economy' that ended in the early 1990s.