'House is not universal; house is hyper-specific… East Jersey, Loisaida, West Village, Brooklyn… places that conjure specific beats and sounds.' So goes part of the two-minute monologue that opens DJ Sprinkles' album-length paean to early-‘90s deep house, Midtown 120 Blues. Sprinkles, an alias of multi-media producer and computer musician Terre Thaemlitz, is probably not a name that's familiar to most house heads; and with good reason, Thaemlitz's own relationship to the genre can best be described as 'complicated.' A former DJ at midtown Manhattan transsexual clubs, Thaemlitz was a first-hand witness to the stark urban contexts from which deep house first emerged -- sexual and gender crises, social stratification, HIV/AIDS, drug abuse -- an experience that clashes with the official script, the defining narrative arc of house as a collective, shared, and universally galvanizing experience. That's not to say Thaemlitz's critique hinges on his irreverence toward the subject; far from it. To casual listeners, Midtown 120 Blues may even come across as a celebration of all of the distinguishing hallmarks of the genre -- a notion that seems reasonable enough given the exquisitely crafted music on the disc. 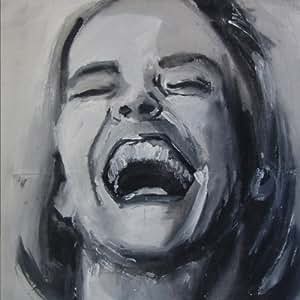 To wit, Midtown 120 Blues does not wear its critique on its dancing shoes. This is house music that's not so much deconstructed as recontextualized. All the exquisite details of the genuine article -- driving four-on-the-floor kick drums, shuffling rhythms, warm, enveloping chords, insistent hi-hats, snippets of flute and horn -- co-exist to create a sound that's very much of a piece with the production style of early-‘90s deep house (labels like Nu Groove, Strictly Rhythm, Prescription). And it's underneath those seemingly bog-standard 120 BPM grooves that a slightly more sinister and far less uplifting subtext appears, revealed in snatches of field recordings -- spoken word accounts of police beatings, leering drag queens, disembodied diva vocals. While there is a palpable undercurrent of sadness that serves as the album's thematic binder, humor is also broached on 'Sisters, I Don't Know What This World is Coming To,' a track that cleverly reconfigures a vocal sample from the Watt Stax concert album (made famous by Public Enemy on their song 'Rebel Without a Pause'). But the album's most evocative track is 'Grand Central, Pt. II (72 Hrs. By Rail from Missouri),' a beat-less eight-minute ambient piece that drapes a fog of synth drones over crackling vinyl noises, rail sounds, and drifting piano notes, finally invoking a haunting sample of Chuck Roberts' quintessential sermon to the House Music Nation, 'In the Beginning There Was Jack.'