Cytomic The Glue Free is a high-quality model, the emulation of which is based on a hybrid of the bus compressors of the series SSL 4000 E and G, but with the addition of some additional functions.It uses the same high-quality algorithms that are used in the original schemes but optimized for real-time use.The plugin is fast and easy to use and has an uncluttered interface.
Additional features include a superfast attack time of 0.01 ms and a Range knob that slows down the compression to create incredibly natural attacks and limits the maximum compression level.Also included is support for the sidechain and a configurable sidechain high-pass filter.

Overview of Cytomic The Glue Latest:

Jun 05, 2020 Cytomic The Glue Crack is an analog-modeled compressor plug-in, based on the classic British console bus compressor of the 80s and offering additional practical functions. It uses the same high quality algorithms as circuit simulators, but is optimized for fast execution and has a nice and fully scalable user interface.

The Glue VstFree is based on the highly acclaimed SSL bus compressor. Schematics from the SSL E‑series bus compressor have been used to build the digital model, but instead of modelling the non‑linearity of the VCAs, a ‘perfect’ VCA has been modelled, which makes The Glue MacFree sound more like the modern SSL XLogic G‑series compressor. During the process of creation, and XLogic hardware unit was used to compare and tweak the performance of the plug‑in. The two pretty much share the same settings except that there are additional attack and release settings in the plug‑in, along with a high‑pass sidechain filter, Dry/Wet control, and compression Range control.

The classic three‑step ratio knob is positioned in the middle of the interface, and at its 2:1 setting a relatively subtle soft‑knee compression is applied. At 4:1, the compression becomes more obvious, and at 10:1, The Glue is basically a peak limiter. The attack settings range from 0.01 to 30 milliseconds (the fastest setting is not present in the original hardware). As for the release settings, they range from 0.1 to 1.2 seconds, with the classic auto‑release at the clockwise extreme. Threshold and make‑up gain is represented by two knobs but, more interestingly, there is a compression range knob, which limits the maximum amount of compression applied, regardless of the other settings.

The side‑chain EQ is a gentle 6dB/octave filter with a cutoff frequency that can be set from zero to 2000Hz, and it can be applied to the internal signal or an external side‑chain signal. When you press the external side‑chain button, the plug‑in reports one or two extra inputs — depending on whether it is set up for mono or stereo processing — making it possible to use any signal to control the compressor. Unfortunately, the VST3 standard is not yet supported, so the success of setting up an external side‑chain very much depends on the DAW host and its ability to route audio in a flexible way. To catch overshooting transient peaks, there is a peak clipper available with zero attack and release time, and with a fixed infinite ratio and medium knee. It’s basically a fixed waveshaper that is linear up to ‑2dB, has a smooth curve to ‑0.5dB, and is then horizontal. The topmost compression meter displays the depth of compression in an RMS-level fashion, and clicking the display will show the amount of peak compression too.

During the test period, I used The Glue on a bunch of different instruments and group channels, with great success. One of my mixing projects had four different bass guitar tracks mixed into one mono group channel, and The Glue helped me to even out the levels of the different bass tones without introducing any compression artifacts. On the same project I was able to tighten up the lead dubs and choirs without losing any punch, which was a nice surprise. Normally I would resort to softer limiting to even things out, but that requires great care and tweaking in order to avoid losing some impact. The Glue made it easy because of its ability to handle both transients and prolonged energy bursts with transparency and clarity. Just a tad of drum bus compression made the drums sit together without losing the thud of the kick or the smack of the snare, and I was able to mix the cymbals and hi‑hat louder in the mix without them taking over the show. Sometimes I just needed a gentle touch of compression, and the Range control made it possible by limiting the compression to a few decibels.

Final fantasy x remaster guide. Using the Mix control, it’s possible to blend the uncompressed and compressed signals, thus producing parallel compression — a very effective way of adding energy without squashing the transients. I find it useful on drums and acoustic guitars when they need some extra energy, but it’s actually useful on most instruments: it’s just a matter of finding the right compression and balance between the compressed and uncompressed sounds.

During the test period, my only complaint was that browsing and loading of presets could be made better, because when the preset screen was open, the whole DAW interface locked up. 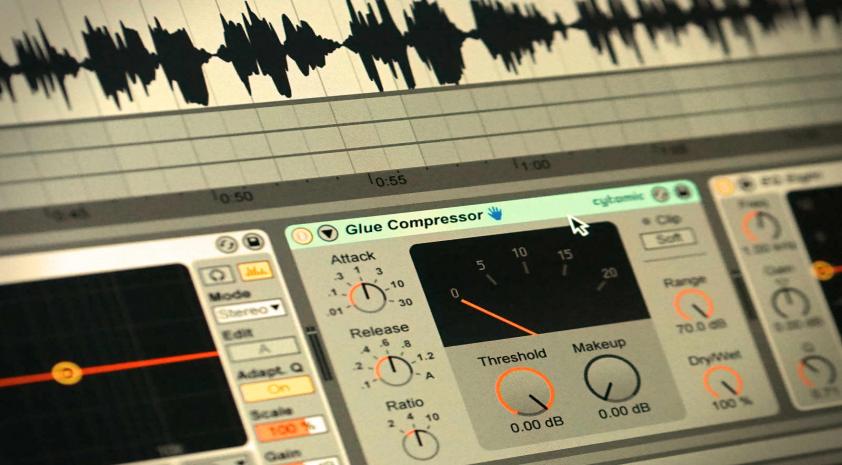 The Glue is based on the legendary SSL bus compressor and makes a mighty fine job of performing transparent bus compression. Compared to similar plug‑ins, it’s more transparent but without sounding flat or boring. It’s kind of a ‘more of everything’ compressor, and at a great price too.

Cytomic The Glue Dynamics Processor 1.3.19 [Mac & PC] Download Link is given below: