Dec 23, 2018  This mod is a total overhaul of Anglo Zulu war, rebuilt from the ground up. It aims to to be completely superior to the previous Anglo Zulu War while offering the familiar fun gameplay of fighting off endless Zulus. The setting The Anglo-Zulu War was fought in 1879 between the British Empire and the Zulu.

The time period between the Napoleonic Wars and the First World War was relatively peaceful compared to the periods before and after. Much of it is considered the Victorian Age, the years Queen Victoria ruled Great Britain. During this time industrialization transformed cities as factories sprang up in the Western Hemisphere and new nations were created in Europe. These new European nations (Belgium, Italy, and Germany) were eager to colonize, find resources, and expand their businesses overseas just like their European neighbors. This increased the competition of Imperialism, and the scramble for land outside of Europe increased in pace and intensity. Time was of the essence, however, because lands out of European influence getting harder to find. The areas that saw the most attention during this period were Africa, the Middle East, and Asia. As Europe grew tense, little wars broke out in these areas mostly because of the suppression by the Europeans on the indigenous peoples. These wars and engagements were usually characterized by a technological superiority of the Europeans over the suppressed. The European powers didn't have to commit abundant resources for waging these wars. They were able to conduct these wars with a limited amount of weapons and manpower, and little public support. Sadly, few wargames represent the wars of the Victorian Age. The Anglo-Zulu War and the Mahdist War were two such wars, involving Great Britain and several different native peoples of Africa. The Khartum and Zulu Mod for Napoleon: Total War has brought these two conflicts to the turn-based strategy genre with exceptional historical accuracy.

The Khartum and Zulu Mod for Napoleon: Total War is focused on two conflicts. One is the Mahdist War which took place 1881-1899 and was fought between the Mahdist Sudanese and the Egyptian, and later British, forces. The mod is also focused on the Zulu War which was fought between the Zulu Kingdom and Great Britain in the first half of 1879. The latest version of the mod is version 1.0, and there is an optional sub-mod download for it called the Zulu Maps Mod which is in beta version 2. The main mod features four new factions (Natal British Contingent, Corsaire, The Mahdist, and Zulu) and one reworked vanilla faction (Bedouins). Several new units have been added as nearly all the units of the new factions are from the mod. Many new generals and commanders have been created, including Lord Chemlsford (leader of the British contingent during the Battle of Isandlwana), Col. Anthony Durnford (also present at Isandlwana), Cetewayo (King of the Zulus), Lord Kitchener (Mahdist War), Gordon Pacha (Mahdist War), and Muhammad Ahmad (religious leader of the Mahdist War).

The mod also has historical regiments and portrays them accurately. Several specific Zulu War contingents are represented, including: Natal Native Contingent, 2nd Wawickshire, 24th Regiment, 17th Natal Lancers, Bromhead Squadron, and Rorke's Drift Regiment. Not to mention the Isandlwana artillery, the InGobamakhosi Bender of Kings, the Ufasimba, and the Gatling gun. Mahdist War units are also available, like the Mahdist Warriors, the Beja people, the Mahdist Ansar, the Baggara of Darfur, 42nd Foot Infantry, British Colonial Artillery, and the indispensable Maxim gun. All of the units in the mod are stunning and up to par with Napoleon: Total War standards. Gloss, shaders, 3D models, and texture details are exceptional. The uniforms, repeating rifles, and machine guns have been created from scratch and are represented accurately. The sounds are mostly realistic as well. However, I do have one complaint concerning the sound of the machine guns. The gun fire noises for them are at too long of intervals. I believe the firing rate for them was much faster than they are represented in the mod. The muzzle flashes for them are also just as slow, not to mention too bright. Though, these are just little cosmetic details. The mod also contains a soundtrack taken from movies made about the period.

Other graphic changes have also been made. Not only does each unit have a unique unit card, but they also have detailed unit-specific information panels. The main menu features a background movie (which I believe is a scene from the movie The Four Feathers). Loading splash screens are also included; of battle scenes relating to the mod. Not much of the UI has been changed however, and much of it is recognizable to the novice NTW player. But this is of no concern because the mod utilizes the vanilla UI very nicely. Like, for example, the deploy trenches button now deploys overturned wagons like what is seen in the film Zulu. Also, the unlimber button is used to unlimber the machine guns. So as you can see, there wasn't really any need to change the GUI much to accommodate the mod. But this because the colonial wars of the 19th Century used similar tactics as used in the Napoleonic Wars. But, unfortunately, it would take World War I to figure out this mistake. Loading times are fast too, just like the vanilla game.

The mod features many new maps, representing the terrain of the Zulu War. These are bundled in the Zulu Maps Mod beta 2. From plateaus to lakes and from Rorke's Drift to Isandlwana, the mod adds a total of ten new maps. The terrain is accurate and as they were during the late 19th Century. For example, canals and an awkwardly shaped mountain inhabit the Isandlwana map. The Rorke's Drift map features huts, farm houses, walls made of sandbags, and tipped over wagons. The accurate maps and units make it easier for those who want to reenact those infamous battles.

It also bears one campaign of the Mahdist War. It's called The Oriental Campaigns, replacing the Campaigns of the Coalition option of the vanilla game menu. One can choose between four factions: Bedouin, Ottoman Empire, The Mahdist, and United Kingdom. The Oriental Campaigns campaign map is a close-up of the Middle East, centered on the Nile delta. It starts in early February of 1885 and ends in late December of 1899. There are 2 turns per month, one in the early part of the month and one in the late part of the month. A video cut-scene welcomes players as they start the campaign (from the movie Khartoum). You can tell immediately that time has been spent on creating the campaign. Historical leaders are strewn across the deserts, commanding armies of historical sizes; like Lord Kitchener. There are about 30 regions available to conquer in the campaign, with just as many (or more) settlements. There is also a technology tree available, but it is much shorter than that offered in the vanilla campaigns and most of the technologies are already researched.

The mod could still use some work, however. Many aspects of the vanilla campaign are still present and most of the vanilla games campaign buttons are still visible through the mods main menu. Many factions of the vanilla game are also still present. The mod is now in version 1.0 but it still has room to grow. Although, the forum says this is the final release. Preset historical battles of both the wars might be a great addition. A Zulu campaign might not be a bad idea either. The mod is available in the twcenter.net forums, under Napoleon: Total War Hosted Modifications. The instructions for downloading and installing the mod are there, but they are outdated and difficult to follow. These are just minor issues which are easy to fix, but may encourage others to use the mod once they are fixed.

The Khartum and Zulu Mod for Napoleon: Total War has done an outstanding job at bringing some of the colonial conflicts of the later part of the Victorian Age to the PC wargamer. The mod includes historically accurate units and maps representing both the Zulu War and the Mahdist War. The maps are unique and accurate, and historical leaders are plenty. There is also an in-depth campaign, which is evidence for a large time investment taken by its developer(s). But although the mod has achieved a lot, there is still much for the imagination. It leaves a lot of room for growth, like a Zulu Campaign or representing additional colonial wars. But this is time consuming but would be appreciated; and it may bring in more fans and more support for the mod. There are also minor cosmetic things that need to be reevaluated. But I'm certainly thankful for what the development team have done here.

The So-So: Just some cosmetic issues with some of the weapons, a Zulu campaign wouldn't hurt, representation of additional colonial wars might be beneficial, many aspects of the vanilla game is still apparent

Does the game have a permanent spot on Curtis hard drive? Simply put, yes. This mod is fantastic for those looking for a tactical battle game, with a turn-based strategy campaign, of the colonial wars in the late 19th Century. These conflicts were unique because they usually featured a small, very efficient, and technological superior European force against a much larger and outdated native army. During these engagements numbers were enough to achieve victory, and the small occupying detachments put up a heroic defense only to be completely wiped out. The task of overcoming these numbers is what draws my attention to these conflicts and, thus, to this mod. This would make a good gem on my hard drive.

The Khartum and Zulu Mod is a mod for Napoleon: Total War, created by Golfthai.

The Anglo-Zulu War was fought in 1879 between the British Empire and the Zulu Kingdom. Kango 950 k manual. Following Lord Carnarvon's successful introduction of federation in Canada, it was thought that similar political effort, coupled with military campaigns, might succeed with the African kingdoms, tribal areas and Boer republics in South Africa. In 1874, Sir Henry Bartle Frere was sent to South Africa as High Commissioner for the British Empire to bring such plans into being. Among the obstacles were the presence of the independent states of the South African Republic and the Kingdom of Zululand and its army. Frere, on his own initiative, without the approval of the British government and with the intent of instigating a war with the Zulu, had presented an ultimatum on 11 December 1878, to the Zulu king Cetshwayo with which the Zulu king could not comply, that resulted in an invasion of the Zululand 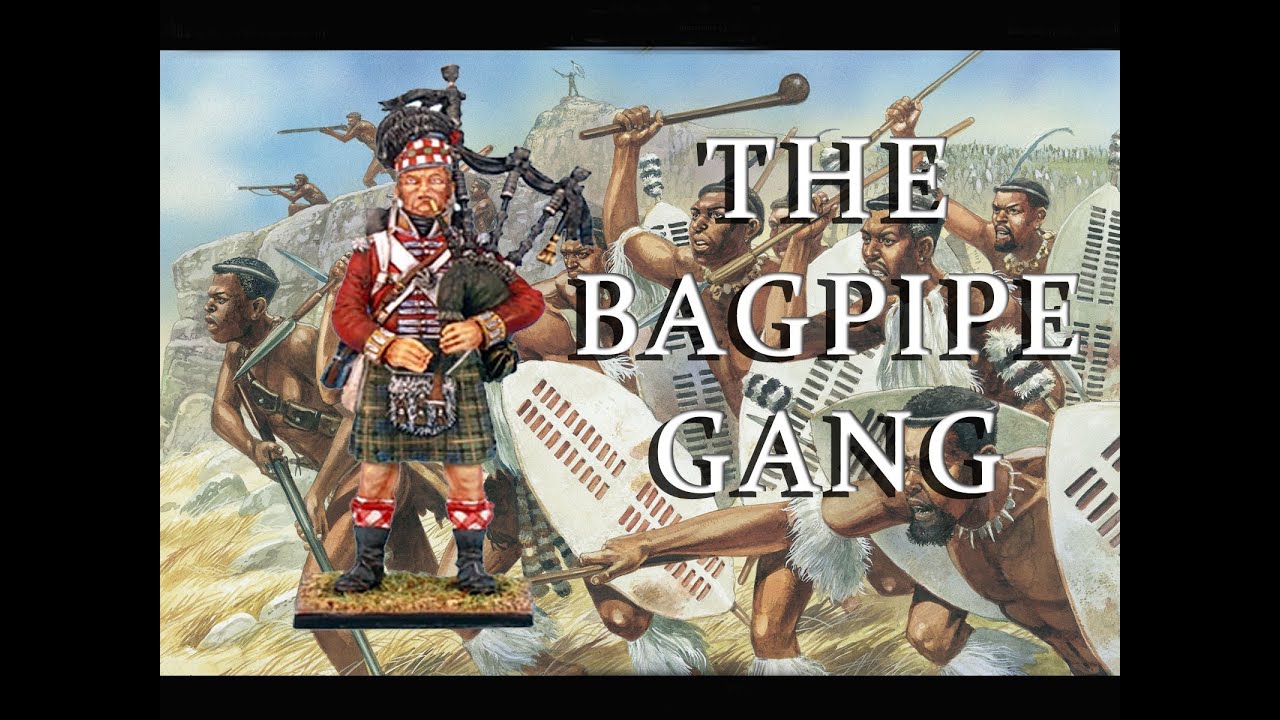